Welcome to Cooking with Airabeth. Here you’ll find a little something for everyone. To make things a little easier, I’ve also categorized all recipes by ingredients for quick reference. You can click on the ingredient below to pull up all the recipes that are made with it. 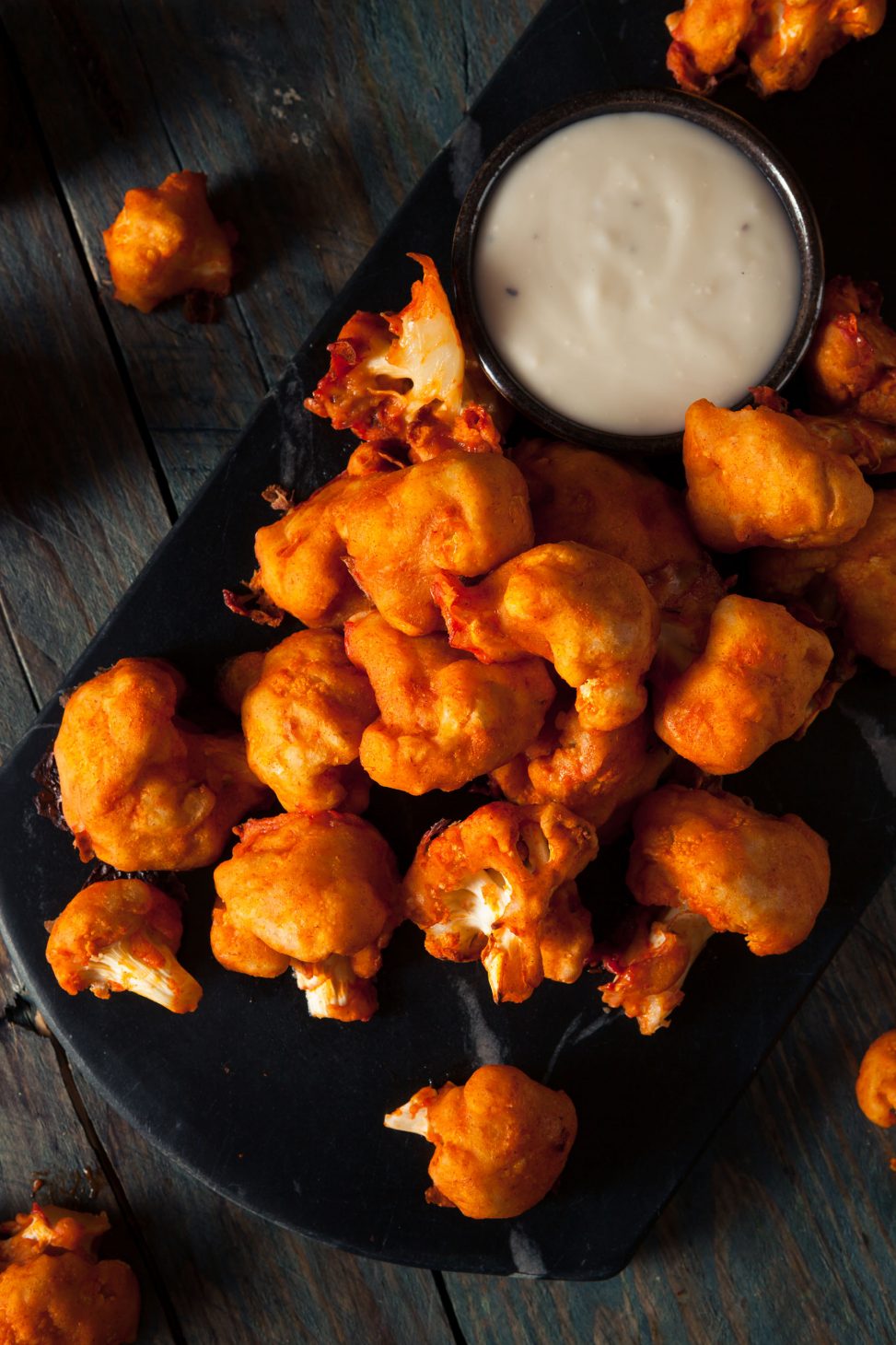 I got this recipe from for Crispy Breaded Cauliflower Wings a friend of mine who lives in Los Angeles. She’s all about making everything you can think of with cauliflower. They turned out amazing. They were crispy, flavorful, and just the right combination of sweet and spicy.

You can buy buffalo sauce already prepared in a variety of flavors, but for this, I suggest you stick with the traditional buffalo wing sauce flavor. You don’t have to get extra spicy, mild is fine.

Start by pre-heating the oven to 425 degrees. Now line a large baking sheet with parchment paper.

Add your cauliflower florets to a large mixing bowl and season with them just a dash of salt and pepper. Now set this aside while we prepare everything else. 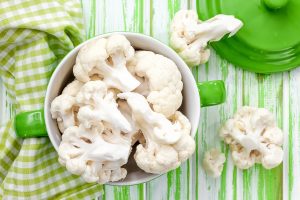 Crack your eggs into a bowl and whisk until they are combined.

Next, prepare the coating by adding cashews, salt, the cayenne pepper, garlic powder, paprika, and cornstarch in a food processor (or mixer). Mix well. Your goal here is to have a semi-fine grain. A little texture is okay but ideally, you want a pretty fine mixture so that it coats the cauliflower well.

Now dip your cauliflower florets one at a time in the egg mixture, making sure that all sides are eventually coated. Shake off the excess and transfer the cauliflower ot the cashew coating and toss until thoroughly coated.

I put the cashew coating in a ziplock freezer back to mix mine up. It worked great. You don’t have to do this but it worked well for me.

I put the coated cauliflower on my baking sheet, after making sure that it was evenly coated.

I spritzed it with a little bit of avocado oil to help them crisp up just a bit. Then I baked them for 20 minutes (or until the cauliflower appears golden brown). 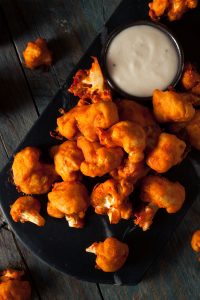 While they were in the oven I prepared the glaze. In a large saucepan, I put the honey and buffalo wing sauce, heating over medium to low heat, stirring frequently.  I did this until it bubbled and appeared combined.

After my cauliflower was out of the oven, I put them in the glaze and gently combined, making sure they were good and coated with the glaze.

When complete, I gave them one more dash of salt and pepper.